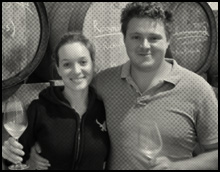 Chris: I used to make nasty beer out of pineapple skins under my bed when I was a kid. Eventually I grew up and somehow ended up studying winemaking at Stellenbosch where I met my lovely wife Suzaan. She was then, and still is out of my league. Together we spent some golden years traveling overseas, working vintages in many-a-faraway place, tasting many wines. In 2010 we started Alheit Vineyards in a rented cellar on a friend’s farm near Hermanus. Other than wine I like soppy music, sunsets and kittens. Also rugby. 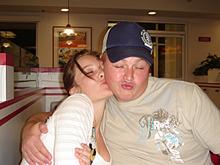 Suzaan: I did not make horrible pineapple wine. I was planning to become a Marine Biologist, until I found out the course wasn’t offered at Stellenbosch (some things are just more important that dolphins). I had no idea what to study until my brother’s roommate casually mentioned that he would have done winemaking if he could choose over. He misinformed me that winemaking paid extremely well. I saw dollar signs and went for winemaking. I loved my first assistant job at Lynx Wines in Franschhoek, but after two years I had such a yearning for Europe that we resigned our jobs packed our things.

Tasting our way through the Old World gave me massive perspective. I had to reset my whole wine philosophy.

I had to start from scratch. It was very exciting and humbling. We have learned that a special vineyard really does make a special wine, so ‘don’t touch it too much’!

And so it is, Chris stalking me back in our student days has turned into a very blessed business and a wonderful family with three great kids!

The wine industry is so often overly romanticised, but it has to be said that being young and in love and traveling the world together is definitely not overrated. The years we spent following the harvests North and South were golden. 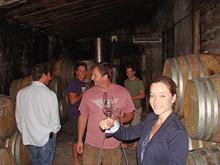 Not always easy, but always amazing. If we could advise anything to a young post-grad wine person, it would be to travel and then travel more. Work everywhere you can. 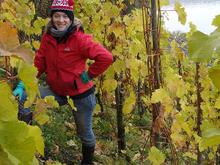 We also had a chance to do some touring and tasting in between harvests, spending significant time in New Zealand, Languedoc, Roussillon, Provence, the Northern and Southern Rhone, and the Cyclades (Greece).

These early adventures filled us with a tremendous respect and admiration for the great wines of Europe. For sure, some of the New World is interesting, but we think that Europe is the heartland of truly fine wine. 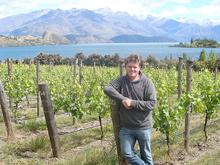 The lessons that we learnt there really got us thinking: what do we do here in the Cape? What do we already have that is real and beautiful? How can we make wines that are authentic? These are important questions. Traveling definitely gave us some valuable perspective. It cemented a real sense of excitement for what the Cape can achieve if we play to our strengths. 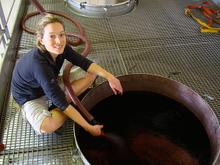 The goal was clear: we wanted to make wines with a clear Cape identity. We wanted to show that the Cape’s vinous heritage is worth celebrating and protecting, that old vineyards and “ordinary grapes” are in fact wonderful, and that we’re only just scratching the surface of what’s possible in the Cape.

Our opportunity arrived in the form of old family friends Hans and Mary-Anne Evenhuis. They converted a barn on their farm Hemelrand into a basic winery and offered us the space to use. We took a loan from my dad and started Alheit Vineyards on a wing and a prayer. Our first vintage was 2011. We made one wine: Cartology.

Cartology 2011 was released in June 2012. It’s difficult to communicate how well that wine was received without sounding egomaniacal. It far exceeded even our wildest hopes of success. I suppose it was the right wine at the right time. By December 2012 it was one of the most talked about (and globally highly rated) Cape wines of the modern era. We’re still a bit baffled by how quickly it all happened.

Present: Since those early days we’ve learned quite a lot about the vineyards we work with, and we’ve certainly refined the winemaking disciplines that we adhere to. I would say that we’re better at this now than when we started, and I hope that this fact is evident in our wines. The Lord knows we still have very much to learn, so let’s hope we keep on learning and improving. 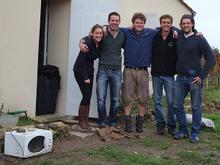 One thing remains immovable: We add nothing other than Sulphur to our wines, and usually only long after all the natural fermentations are complete. We do not adjust or adulterate the wines in any way. Our focus remains strongly on dry farmed heritage vineyards, mostly white wine, but we’re getting more and more excited about planting vines in new places. 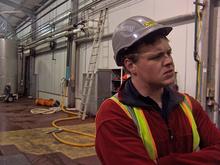 What will the future hold? We know the plans we have – they are many. Time will tell how many of them will become reality. It may be wise just to focus on a handful of the best ideas and leave the rest for another generation. Even if we manage to realise only one or two, that would still be splendid.

Above all, it should always be kept in mind that wine is a humbling thing. It’s older than all of us and will outlive all of us. It’s seen many men and women fall in love with it, only to return to dust at the end of their short lives. Nobody can master it, nobody can vanquish it. It’s the work of generations, not of one person. So, enjoy your times with wine! Rejoice that you’ve come to know such a luminous thing!