In a nutshell, our aim is to vinify extraordinary Cape vineyards. In doing this, we hope to find the voice of the land. That voice may be a choir of amazing blocks blended into one bottle, or it may be the purity and beauty of a single vineyard soloist. We believe that fine wine is grown, rather than made. In our cellar, a vineyard is allowed to become a wine without interference.

Anyone’s approach to making wine will be completely influenced and determined by how they view wine itself. If you view wine as a product that needs to fit into certain predetermined parameters of taste and chemical analysis, then of course it seems normal to add acid to the juice, inoculate it with a selected yeast strain, and use new oak for fermentation and maturation. Doing these things will probably result in wine that is acceptable (in some circles) and ‘ticks all the boxes’.

If, however, you view wine as real and inimitable expression of place, then doing the aforementioned things becomes unthinkable. Why work so hard on a beautiful old block of vines, only to drown its character in new oak? To quote one Cape winemaker, “Why do you want your South African wine to smell like a French tree?” 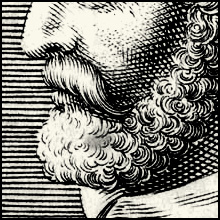 The same type of thinking can be applied to the use of mass produced cultured yeast, instead of allowing the yeast naturally present in the vineyards* to ferment the must. Most commercially cultured yeast strains are selected because they’re strong fermenters, so they tend to totally dominate any fermentation to which they’re added. Again the question must be asked: if you’re trying to allow a vineyard to speak for itself, then why drown it out with a selected yeast that does not originate in that specific vineyard?

The yeast that conducts fermentation has a huge influence on how a wine turns out. Allowing the must to ferment spontaneously encourages and allows all the yeast present on those grapes to participate at some point in the process. Such a fermentation is conducted by many different genetic codes, each contributing a unique aspect, giving a wine of more character and complexity.

Most importantly, it stands to reason, that just as the nature of a vineyard site - encompassing temperature, aspect, climate, agricultural practices, soil - effects the quality and character of its fruit, so the site must surely also effect the makeup of its indigenous yeast population, as well as its other microflora.

The climatic subtleties of each vintage also affect this vineyard microflora. Therefore, using native yeasts is critical to the expression of both place and season.

*For years it has been thought (and taught) that natural/spontaneous ferments are carried out chiefly by yeasts originating on the surfaces in the wine cellar. This has always seemed unlikely, and has finally been shown to be untrue. A recent New Zealand study (by Dr. M.R. Goddard, 2010) has conclusively shown that spontaneous ferments are indeed carried out by yeasts originating in the vineyards.

In keeping with the approach of not adulterating the must (juice), we don’t adjust the acidity, nor use any enzymes, nor tannin, nor any of the myriad of crap that you’re allowed to add to juice and wine. We use nothing other than sulphur.

In making white wine, we believe that adding sulphur to the must (juice) can squash its microbial potential. Once grapes are crushed, and before alcoholic fermentation sets in, there is a huge microbial disco going on in the must. This stage is very important for the complexity of the final wine. Sulfuring the must will also put undue selection pressure on the microbial population, effecting which yeasts dominate early on.

Another great advantage of not using sulphur early on is that the juice is not protected from oxygen at all. This allows for the oxidation and settling out of phenols, making the final wine more stable. It’s also worth noting here that the flavor pre-cursors in the juice are bound to sugars, so they’re not sensitive to oxygen yet. We add sulphur only once the must has completed all of its fermentations, and has become stable of its own accord. Obviously, once fermentation is complete, the addition of sulphur is vital for protecting the nerve and vitality of the wine. 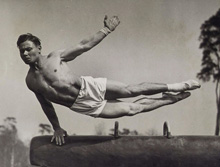 Firstly, we really love white wine. Of course we also love red, but our real fascination lies with white. We love its flavours and purity, and the way it can so often be transparent enough (figuratively speaking) to express its origin. Some international wine critics have indicated that the Cape’s true strength may lie in its white wines. This is not to say that our reds are bad at all! On the contrary, there are several outstanding red wines made here. However, at this point in our vinous history, we feel that perhaps the Cape’s best shot at making truly world beating stuff lies with white wine.

Historical records show that the most of the earliest vines planted at the Cape - Muscat, Chenin Blanc, Semillon, and Palomino – were white varieties. These arrived back in 1655/6, in the days when Hendrick Boom tended the Compagnie’s Tuin. This means that these staple white varieties were growing in the Cape some time before there was any Cabernet Sauvignon growing in the Medoc. These vines have had centuries to adapt to our conditions, and have done so extraordinarily well. 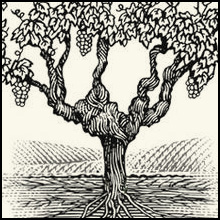 If a New World winery made four or five different Cabernet Sauvignons, or as many different Chardonnays, they would certainly be doing something out of the ordinary. The reason for this perceived abnormality is that we are geared to think in terms of grape variety, rather than in terms of place. Can any of the readers tell me the exact varietal proportions of a bottle of Chateau Margaux? Do you care? All that most of us know is that it comes from the Southern Medoc, on the left bank of the Gironde, and contains plenty of Cabernet Sauvignon plus some extras.

In any given vintage, Domaine de la Romanée Conti releases at least six different Pinot Noir bottlings. Within the Burgundian context they are by no means unique in doing so. The point is that they’re releasing six unique (and celebrated) wines, each from a different Grand Cru vineyard. Pinot Noir happens to be the most appropriate expressor of those vineyard sites. In their wine culture, origin is everything. Variety is chosen as the most appropriate expressor of that origin.

In light of this, a big part of our original plan was to make single origin wines. It’s a happy coincidence that many great sites in the Cape are planted to old vine Chenin blanc – a great variety, very well adapted to our conditions.

Radio Lazarus 2012 was our first single origin release, shortly followed by Magnetic North in 2013. Our 2017 release includes seven single origin wines. Perhaps this is too many, but we find it very exciting - most especially the way that old vine Chenin is proving to be such a good vehicle for expressing the various places it grows.

In the cellar we do… not very much. We make wine in a way that could be better characterized by what we don’t, rather than what we do.

Some folks say that great wine is 80% in the vineyards, 20% in the cellar. In our mind, the ratio is awfully close to 99% vineyard, 1% cellar. All one can really do in the cellar is not mess up a potentially great wine. Nothing of real value can be added in the cellar.

The grapes are cooled, hand sorted, and whole bunch pressed. The resulting juice is lightly settled, run off into a neutral vessel (old barrel, clay pot, concrete egg etc.) and then left alone. Once fermentation sets in, we keep an eye on each batch as needed.

We believe in farming as close to nature as we can, and encouraging naturally healthy soil. This is paramount in making fine wine. Dead soil gives dead wine.

Rosa Kruger has been a great help. She spent several years unearthing and polishing some of the hidden treasures of the Cape Winelands. Our bottling called “Cartology” is a quiet tribute to her work.

An overview of the vineyards that we work with shows that we have one foot in the past & another in the future.

We are privileged to be able to work with some of the most extraordinary dry farmed bushvine vineyards in the Cape. For the most part the plots that we work with are between 30 and 50 years old.

At this age, the vines are mature enough to express their origin with an effortless kind of grace. We really love these old blocks, both because of their quality and because they represent our heritage. 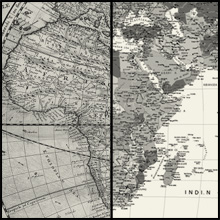 We cannot draw on the past without building on the future. The Cape has a largely Mediterranean climate, with some cooler regions resembling the windy maritime climate of Spanish Galicia.

Its stands to reason, that if we wish to make the best wines possible in the Cape, we should play to our strengths by planting grape varieties that suit our climate.

With this in mind, Hans Evenhuis had the gumption to plant a very exciting vineyard on Hemelrand (Hemel & Aarde Ridge, Walker Bay). The wine is a field blend of Chardonnay*, Rousanne, Verdelho, Chenin blanc, Viognier, and Muscat blanc.

On an exploratory front, we’ve finally managed to plant our Riesling vineyard. We started talking to the owner of De La Rey farm way back in 2009. Finally, in 2015, after a very long wait we got our vineyard planted.

De La Rey is 150 km from the nearest ocean, which should give us a much more continental climate than our other plots. The site is a southern slope, on schist soil, at 1260m (4132 feet for the Americans) above sea level. It snows there every winter.

*Although Chardonnay originates in southern Burgundy, it has a brilliant track record in Languedoc, featuring strongly in cult wines such as Domaine de la Grange des Peres’ white. The Cape’s top varietal Chardonnay wines are also of an undeniable quality. 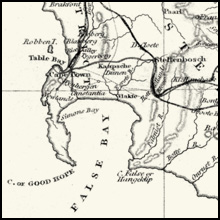